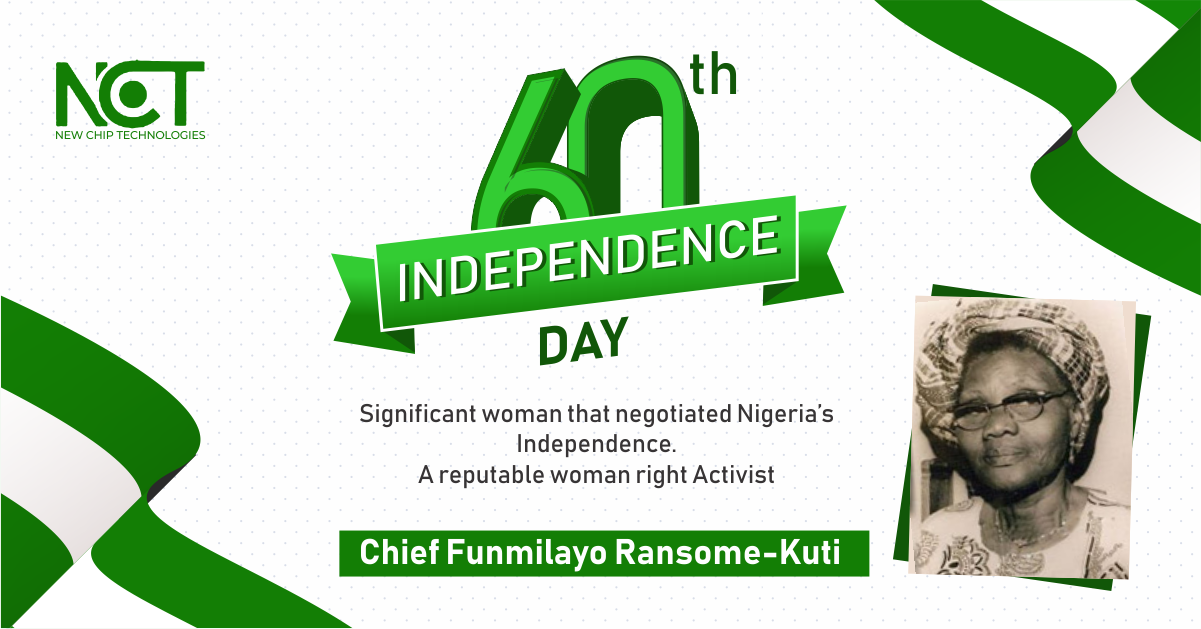 As we celebrate Nigeria’s Independence a prominent woman comes to mind,the person of Lt.Chief Funmilayo Ransome Kuti and she is our woman crush Wednesday #WCW. She is a woman of significance born 25 October 1900-13 April 1978. She was a teacher,a political campaigner and a women rights activist.Her involvement in the fight for women rights in Egba,Abeokuta earned her the nickname ‘Lioness of Lisabi’where she championed a protest against the Alake of England which forced the Oba Ademola II to relinquish his crown.

Funmilayo founded the Federation of Nigerian women societies and became the first Nigerian woman to form political parties.Her fearless character earned her a historical recognition as one of the delegates who negotiated Nigeria’s independence from Britain.

We at Newchip Technologies remember,celebrate and admire her courage.She was killed in 1978 during a military raid at their residence that attacked her son and left her with injuries that led to her death.